Manchester United Legend Eric Cantona received the UEFA President’s Award at the UEFA Champions League Draw ceremony on Thursday. The talismanic midfielder during his time is regarded as one of the players that changed the club in the mid-1990s. 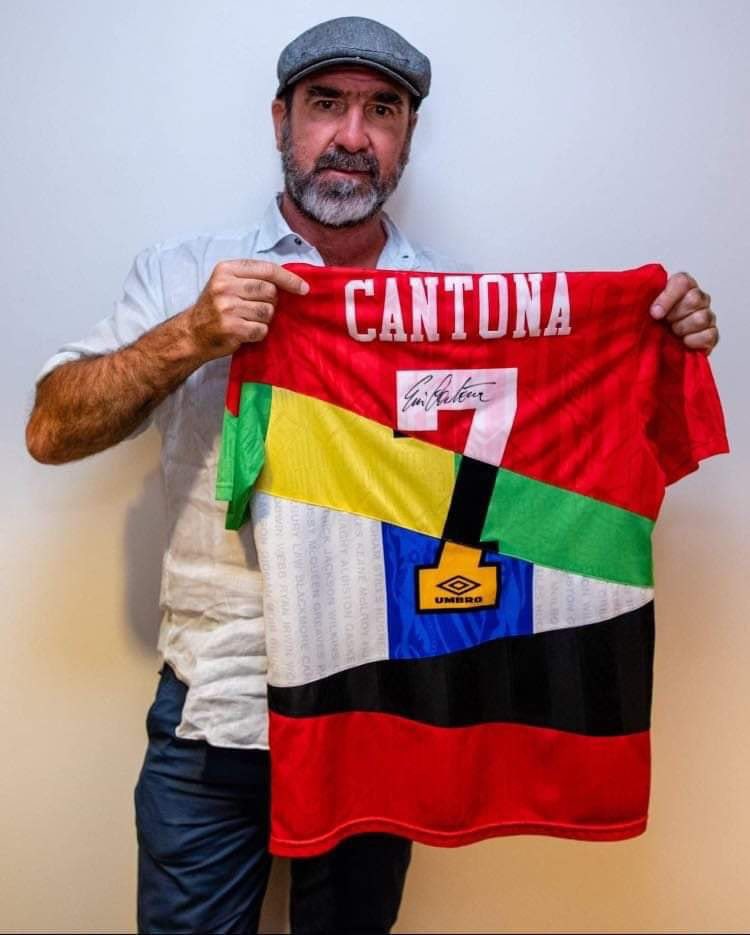 Cantona joined an illustrious list of past winners including Eusebio, Alfredo Di Stefano, and Johan Cruyff.  UEFA had revealed that the Frenchman had been selected for the award on Tuesday with the body revealing that Cantona was an exemplary player.

UEFA president AleksanderCeferen who selected the award revealed that Cantona was awarded due to his refusal to go against his values. Also, the 53-year-old has devoted majority of his post-playing days to promote the beautiful game.

Cantona was presented the award and the Frenchman gave the most unusual speech revealing his love for football. With this award, Cantona becomes the third former United player to win the award.

He joins the likes of Sir Bobby Charlton in 2008 and David Beckham in 2018 as a recipient.  Cantona joined United in 1992 from Leeds United and was instrumental in paving the way for the dynasty under Sir Alex Ferguson.

He helped the club win the Premier League title in his first season at the club and enjoyed five successful seasons until his retirement at the age of 30.  During this period he won four league titles scoring 82 goals in 182 games.

Lucy Bronze was also the surprise winner of the female category.