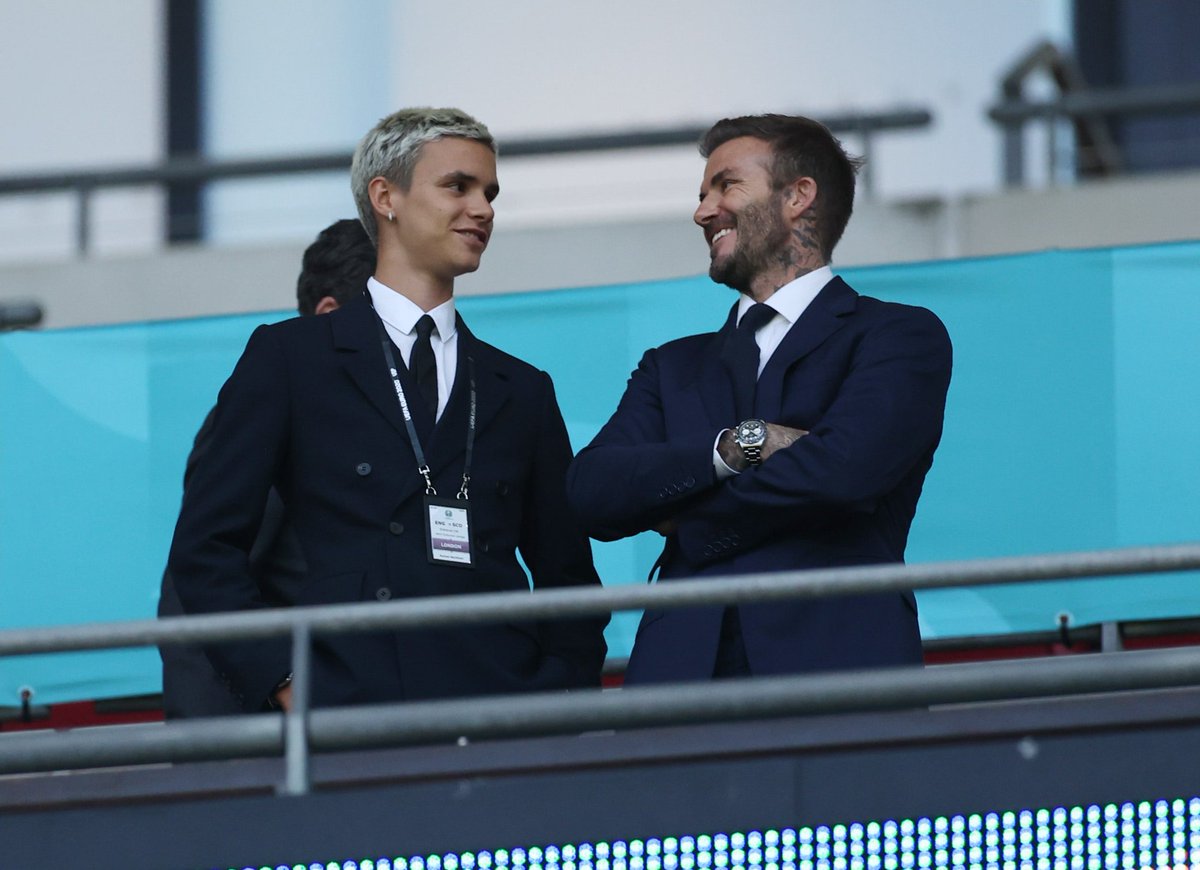 Beckham once said that Ferguson was like a father figureto him before they fell out shortly before the ex-England national team skipper left Manchester United for Real Madrid in the Spanish La Liga. David Beckham fell out with his manager after the Scotsman accidentally kicked a boot at him. The two have rekindled their relationship and they met at the restaurant shortly before England took on Scotland at the Wembley Stadium last week Friday.

David Beckham and Sir Alex Ferguson were at the Wembley Stadium to support different teams. Beckham was there to support the Three Lions of England in the company of his son Romeo, while Ferguson was at the match venue to show support for Scotland. While he was at the Wembley Stadium, Beckham also ran into an old friend in Mel C, a member of the Spice Girls alongside his wife, Victoria Beckham.

For the game, England were favourites to secure the three points at stake at the expense of Scotland in their Group D clash but they could not beat the Scottish team to pick up the win that would have sealed their place in the knockout stage. The two teams played out a goalless draw as Scotland picked up their first point in the group. At that point, Scotland had one point from the two matches, while England had four points from two matches.

At the end of proceedings in Group D, the Three Lions of England topped the standings with seven points from three games, while Scotland crashed out of the tournament after finishing last with one point from the three games played. England will face Germany in the next stage of the tournament