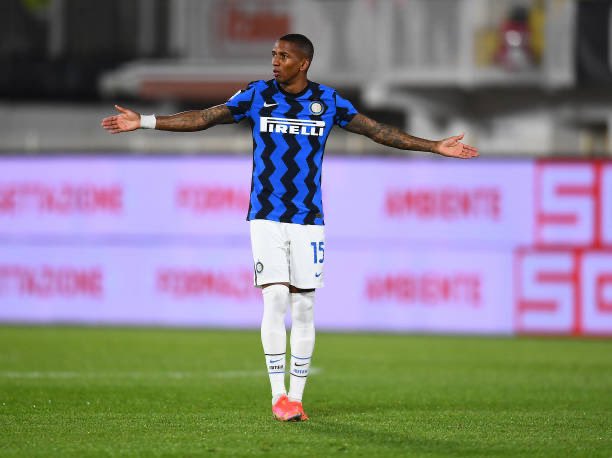 Young, 35, has a few weeks left on his current deal at recently crowned Italian Serie A champions Inter Milan and it is almost certain that the Nerazzuri won’t offer him a new deal when the current contract expires next month.
END_OF_DOCUMENT_TOKEN_TO_BE_REPLACED 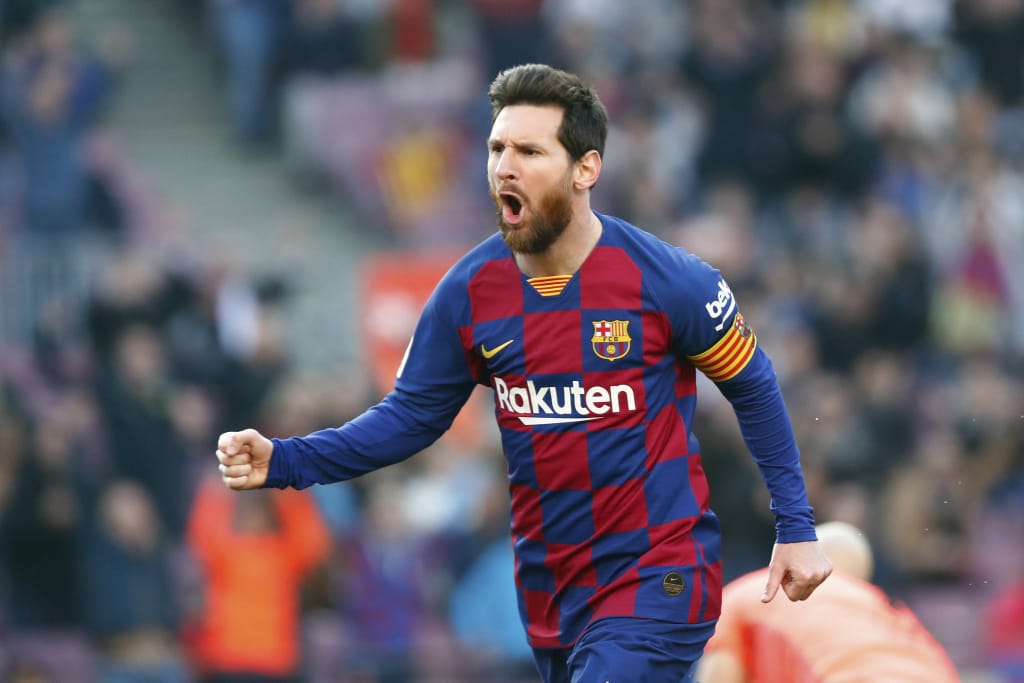 Although he almost left the club last season at a point when he was accused of being part of the cause of Barcelona’s on-field problems behind the scenes, he eventually remained at the Camp Nou outfit after the club’s board members were a le to convince him that he had a binding contract with them that needed to be honored. However, as it stands, his future is still up in the air and there are still talks regarding whether or not he can still play for the club further than this season.
END_OF_DOCUMENT_TOKEN_TO_BE_REPLACED

David Beckham is a legend for both Manchester United and the Three Lions of England team. David Beckham was the England skipper before he retired from international football. David Beckham played for the England u-18 and u-21 teams before making his debut for the senior team against Moldova in 1996. The Inter Miami co-owner played his first game for England during the 1998 FIFA World Cup qualifier with Moldova on September 1, 1996. He was also a member of the England team to the Tournoi de France friendly tournament held in France in June 1997 as a dress rehearsal for the 1998 FIFA World Cup tournament in France. David Beckham had played in all of the qualifying matches for the 1998 FIFA World Cup for his country but was left out of the first two group games after he was accused on a lack of focus by manager Glenn Hoddle. David Beckham returned to the starting XI for the third game against Colombia and he responded with a sumptuous free-kick goal. It was the first goal for Beckham in an England shirt.

END_OF_DOCUMENT_TOKEN_TO_BE_REPLACED

Manchester United legend David Beckham has been named on the list of the richest present and past footballers as compiled by legit.ng. David Beckham enjoyed a very good playing career that took him to countries like Spain, France, Italy and the United States of America in addition to his native England. The former Manchester United winger was an integral part of the team that dominated English football in the 90s. David Beckham was a key player for Manchester United as they won an unprecedented treble at the end of the 1998/99 season.

The Red Devils won three major trophies during that season. Manchester United won the FA Cup title, the Premier League trophy and the Champions League title. The Champions League triumph sealed the treble and it came after the team scored twice in added time to overturn a 1-0 deficit and beat Bayern Munich 2-1 in their final meeting at the Nou Camp. END_OF_DOCUMENT_TOKEN_TO_BE_REPLACED

David Beckham is looking to bolster his Inter Miami team with the signing of two Premier League players from one of the clubs he played for Manchester United and Chelsea. I’m a bid to make Inter Miami a more competitive side, he has sighted Manchester United’s forgotten goalkeeper Sergio Romero and Chelsea’s third-choice striker Olivier Giroud.

Inter Miami have played 23 matches in the Major League Soccer this season and have most 13 of those. Beckham sees this as a worrying stat and has decided to shuffle his goalkeeping department with the acquisition of Romero, and also wants to boost the club’s strike force with the addition of Giroud into the attacking ingredients.
END_OF_DOCUMENT_TOKEN_TO_BE_REPLACED

In football, the world has seen lots of top-class goals from the players which have unexpectedly denied the defeats or have made them a winner at the last minute. The authorities of the English Premier League have made a list of those top goals where the players have changed the color of the match with their unexpected goals. Federico Macheda’s goal against Aston Villa has got a slot in that list which made them a winner with a result of 3-2 in their favor. Despite the presence of Cristiano Ronaldo in the side, Manchester United was trailing but somehow managed to win the match due to the last minute goal by Federico Macheda.

All the Man U fans and the management were in a tense mood as Liverpool were at the top of the League table in the 2008-09 sessions. Liverpool defeated Man U with a result of 4-1 just before the match against Fulham. Just in the next match, they had to face a loss against Fulham as they thrashed the side of Sir Alex Ferguson 2-0. These were taking Man U far from the trophy and they knew that one more defeat can cause them out of the title race. In this situation, they had to face Aston Villa at Old Trafford. END_OF_DOCUMENT_TOKEN_TO_BE_REPLACED

The name David Beckham isn’t new to football fans. Having featured for Manchester United AC Milan, Paris Saint-Germain, and Real Madrid in his highly rich career, Beckham has established himself as a true legend of the game.

His exploits and contributions to the game have earned him some recognition by EA Sports, who have decided to include him in the FIFA 21 Ultimate Team with an icon card. It’s been almost two months since the FIFA 21 Ultimate Team kicked off, and players worldwide have been putting in efforts to prepare their dream team. As a player, however, it is no news that filling your team with icon players brings joy that knows no bounds.
END_OF_DOCUMENT_TOKEN_TO_BE_REPLACED

Chelsea have been given the chance to sign Paris Saint-Germain defender Thiago Silva on a free transfer. The Brazilian international will be out of contract at the end of this season. The players representative has since been working hard to find the next suitable destination for their client.

Silva, 36, has already stated that Sunday’s final with Bayern Munich will be his final appearance for the capital-based club, but he is yet to make any formal decision about his next move.
END_OF_DOCUMENT_TOKEN_TO_BE_REPLACED

The spell that David Beckham played for Real Madrid is mostly underrated. The star player from England swapped Manchester to join the Spanish side during the 2003 summer transfer window. But he certainly lived his life with the “Galactico” tag. It is really difficult to choose anyone from his 51 assists for Real. However, it is also tricky to find a better assist than the magnificent pass by David Beckham to Zinedine Zidane in 2003 September. David Beckham also made Los Blancos a recognized brand across the world by some of his incredible assists in his famed white shirt.

The cross-field ball that David passed to Zidane was considered as just half of a genius combo. Former’s long-range pass just came to the foot of Zidane and his weak left foot helped to guide the ball and swipe it into the farthest corner of the net.

END_OF_DOCUMENT_TOKEN_TO_BE_REPLACED

Tottenham Hotspur have described their chances of keeping top striker Harry Kane as very high. The club is very confident of keeping the England international. There have been reports that Kane is no longer convinced about the project in North London. The striker says that he will depart the club if he discovers that the club can no longer match his ambitions. Kane added that if the club is no longer evolving and trying to challenge for the top honors, then it is time for him to move on. 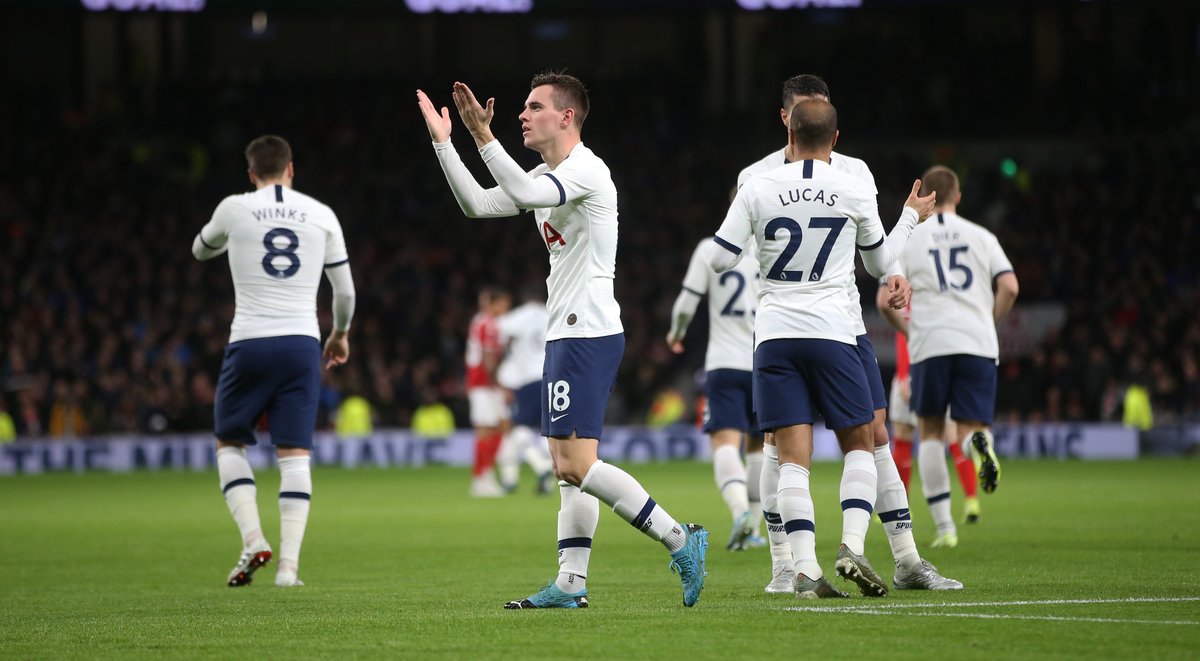 Kane has scored 176 goals since becoming a regular at the start of the 2014/15 season, yet the clubs wait for a first major trophy since League Cup success in 2008 continues. Most recently they lost the Champions league final against Liverpool. Reports suggest that Kane has not fully recovered from the heart break.
END_OF_DOCUMENT_TOKEN_TO_BE_REPLACED