“I’m at the best club in the world and I want to retire here. At 41,” he said. The three-time Ballon d’Or winner wants to break yet another record of playing beyond 40 years old. The first football player that won the Ballon d’Or – Sir Stanley Matthews – won it at age 50. However, none of the retired winners since the last hundred years has gone past 36. Retired United star Ryan Giggs that was legendary did not go beyond 40. END_OF_DOCUMENT_TOKEN_TO_BE_REPLACED

However, there was more disappointment forGriezmann as France were beaten by Portugal. Showing no signs of the double disappointment, the Frenchman is already looking forward to the 2016-17 season. He says that David Beckham is his biggest idol, but it remains to be seen if he will follow in the footsteps of Beckham by playing in England. Chelsea, Manchester City, and Manchester United have been showing interest in the player for quite a while. His decision to extend the contract with Atletico Madrid could not have come at a better time for the Spanish club as they are struggling to get the first win of the season.
END_OF_DOCUMENT_TOKEN_TO_BE_REPLACED

Beckham is known to have been a great leader when he was active on the field. Today he is part of most welfare campaign such as spreading awareness about basic hygiene in developing countries to help prevent the spread of HIV/AIDS or assisting in campaigns of encouraging the game of football in countries like China. On a personal front the ex footballer has been celebrating his seventeenth anniversary with his wife and also attending the Wimbledon matches with his mother. Both of them went to watch the Andy Murray’s match recently that was being played out on the court. He purchased one of the coveted seats for his mother, the Royal Box in Center Court. END_OF_DOCUMENT_TOKEN_TO_BE_REPLACED

There is a 7 Fund that he is a part of and it focuses on education for children, ensuring basic drinking water and freedom from diseases like AIDS and HIV.
END_OF_DOCUMENT_TOKEN_TO_BE_REPLACED 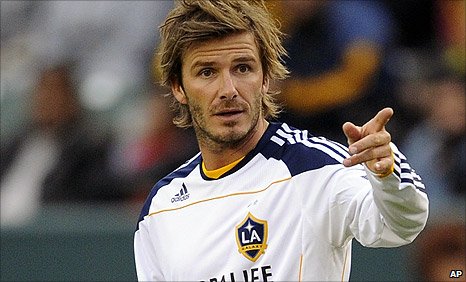 The Miami MLS franchise team of David Beckham is expected to be performing in the American league in 2017 or 2018, everything will be mostly depending on the development of the stadium. END_OF_DOCUMENT_TOKEN_TO_BE_REPLACED

Recently there was a video released with David Beckham taking her daughter, Harper on a hike in Los Angeles. Both father and daughter appeared to be enjoying themselves and cherish every moment they spent together. END_OF_DOCUMENT_TOKEN_TO_BE_REPLACED

Beckham wrote on his twitter account: “Does it get any better than this? A man that has been the best at a game we all love taking over a club that myself and many more people love. Someone with drive, passion and also doesn’t accept failure on any level taking over from a manager that has huge experience and respect in the game, but taking on a position that he will relish. The best person for the job’’ END_OF_DOCUMENT_TOKEN_TO_BE_REPLACED